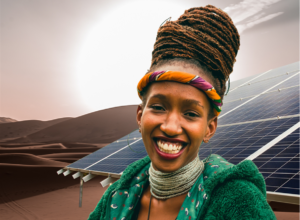 Subscribe to our newsletter now and receive exclusive offer directly in your inbox - for subscribers only! Limited time only: If you subscribe now you receive a 10 € coupon for your first investment! Subscribe now! 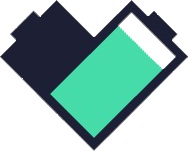 COP26: The most important facts about the world’s biggest climate conference.

COP stands for Conference of the Parties and is an annual climate conference. For three decades, heads of state, experts and climate activists have come together to talk about climate protection. The goal is to formulate an international response to climate change.

A milestone was the COP21 in Paris in 2015, at which 196 countries agreed to the so-called Paris Agreement and thus, to limit the global temperature rise to 2°C compared to pre-industrial temperatures – if possible, to 1.5°C. However, the countries did not have to specify any plans or measures to achieve the climate protection goal.

They now have to do so in the form of the so-called NDC’s (National Determined Contribution) at COP26 in Glasgow, Scotland. COP26 should actually have taken place last year but was postponed due to the corona pandemic and is now being hosted by Great Britain in partnership with Italy. Around 120 political leaders, 30,000 delegates, as well as 100,000 climate activists and demonstrators from 197 countries are expected. Some famous guests will also be present, including the Queen and the Pope.

The success of COP26 depends largely on how ambitious and how binding the plans of the individual countries are. In general, it can be said that the industrialized nations are the biggest contributors to climate change, the damage of which is most devastating in the developing countries. In order to help the developing countries make the urgently needed adaptations to climate change and to support measures to avoid further greenhouse gas emissions, the richer nations agreed at COP15 in Copenhagen in 2009 to make 1 billion US dollars available every year. But the countries did not agree on who pays how much, and the target was missed. By how much, however, is unclear: According to an article in Nature, there is major disagreement about how much the rich countries have given the developing countries: The rich countries say they paid a lot, but the poorer nations didn’t receive what was promised. Read more about this, here:

As a host, the United Kingdom has an outstanding responsibility: If the United Kingdom, as one of the richest nations, fails to meet its climate targets, it will be difficult to get other countries to act in a climate-friendly manner. The United Kingdom is facing critical questions: On the one hand, Great Britain has reduced its CO2 emissions by 42% compared to 1990 levels, minimized the use of coal, and turned into the world’s largest producer of off-shore wind energy. But the political direction seems to be twofold: while the UK plans to invest £ 11.6 billion in international climate finance over the next five years, it will also invest £ 6 billion in fossil fuels.

The hope remains that the international community agrees on ambitious goals despite political disagreements such as between China and the USA, and that they work towards the achievement of their goals as soon as possible through binding agreements. One positive point is that the US rejoined the Paris Climate Agreement instantaneously after US President Joe Biden took office, following the withdrawal from the Paris Agreement under former US President Donald Trump.